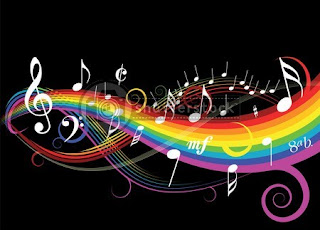 My first thought was that E.L. James can’t possibly have big enough pockets to hold all of the cash that this latest housewife masturbation aid is going to rake in for her. Then I got to thinking that this is über-cool. This is a book that’s so big that it can sell an album. Reading is huge at the moment. People are swallowing books like M&Ms (admittedly, this one is more like S&Ms) and are still hungry for more. Books are taking over the world one at a time and where there are ideas there is music. So, if it’s good enough for E.L. James, it’s good enough for me. Ahead of my first novel release, here is the soundtrack:

Diazepam for Sale: The Musical

Jesus Doesn’t Want Me for a Sunbeam... Nirvana
Fugitive Motel... Elbow
The Importance of Being Idle... Oasis
Grey Gardens... Rufus Wainright
Creep... Radiohead
I am the Walrus... The Beatles
I Want to be a Hippy... Technohead
I Could Be Happy... Altered Image
Twisted... Skunk Anansie
Anarchy in the UK... Sex Pistols
Oh! You Pretty Thing... David Bowie
Uprising... Muse
Run Baby Run... Sheryl Crow
Lazy Sunday... The Small Faces
212... Azealia Banks
Chop Suey... System of a Down
I Hate You So Much Right Now... Kelis
Jesus Doesn’t Want me for a sunbeam (again!)... Nirvana