New Year's Resolution? I’m moving to the 19th Century. It Looks Nice There 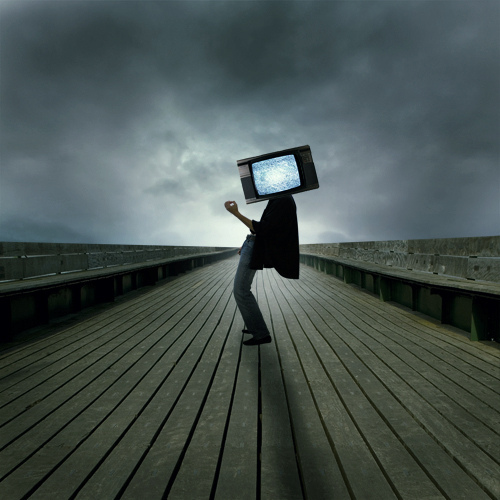 Firstly, Happy New Year. Secondly, what the hell am I doing in this century when the 1800s were tailor-made for me? I seem to be asking myself this over and over again at the moment and I’ve made it my resolution to move back there. You may think that this is an unrealistic NY resolution, but – let’s face it – it’s no more unrealistic than the ‘I will stop smoking/lose weight/be nicer/have a personality bypass’ brigade, who will also forget that the New Year ever happened before they’ve said goodbye to January.

I should clarify that I’m not moving back to be a scullery maid or a lady; my 19th century is creeping towards revolution and I live in classless Kent in a bohemian country house. I am a writer with a writer partner and we throw eccentric parties for other members of the Fabian Society. We talk stories and the imminent revolution and we all have secret affairs with each other in fields of daisies. We have lots of children, some of which we have made and some we have collected. We paint and sing and dance, and put on shows for each other. We are happy.

There are two other things that I should probably explain. Firstly, I’ve been reading The Children’s Book by A.S. Byatt and have adopted the author’s snapshot of late-Victorian life as my template (I’m ignoring all the bad things that happen in the book – highly recommended, by the way). Secondly, my desire for a temporal relocation may have quite a lot to do with my desire to get a refund on the 21st century. You see, no one in 1894 was ever told that there was an unexpected item in the bagging area; they didn’t have to waste valuable hours writing and re-writing wiggly, unrecognisable ‘captcha’ words just to communicate with each other; they didn’t have to hear ‘Gangnam Style’ on the bus and children ‘LOL’ing like seals; they didn’t have to send a text to get their children to look at them; and they didn’t have to wonder which vacuous ‘celebrity’ would be distracting everyone from the things that really matter next. There were little shops rather than great, big, soul-sucking corporations; there was trust rather than CCTV and government eavesdropping; they didn’t slather their elderly in Oil of Olay to stop them looking so embarrassing; kids ran around exercising more than their thumbs and eyeballs; and quality was always preferred to quantity.

You see, I don’t want to watch a film in the garden, do business on the train or meet a partner based on statistics; I don’t want to have to choose between 800 types of shampoo with all their varying promises to make me taller, richer and thinner. This is a world where we’re pressured to label the tat-pusher’s wares as essential and forever being persuaded that we need the all-singing, all-dancing crap that really makes us unhappy. You can’t afford to live without selling your soul; you can’t scratch your backside without red tape. In fact, the 21st century is like sitting in a room where all the chairs are facing the wall. I want to talk and love and wear ill-fitting clothes without brushing my hair. I want to be paddling and swimming not wading and drowning.

Okay, so the 19th century had its shortfalls too (and I know I’ve fallen into a bit of a rant), but where are we all going? Man’s historical desire to push forward and fuck the consequences will soon have us all communicating with the chips in our heads (if communication will still be seen as important in the future), fed intravenously and sucking information out of straws.

And I know that this might seem hypocritical, as I’m using technology to write this, while listening to my iPod and eating food that I’ve whipped up in 2 minutes in the microwave, but I would give it all up for a big pile of nothing. How can I, though, in a society where I get accosted for occasionally refusing to take my phone out with me (but we were trying to contact you!), where pen and paper have become ornamental oddities, where I am a freak for wanting things to be simple? So that’s it; I’m moving back to the 19th century and you can’t stop me… And breathe!

Emma travels through time for extremely different reasons; she doesn't have a choice, but it is the only cure for her depression on offer.

Posted by Hayley Sherman at 07:07 No comments: